You get an auto-refreshed widget where you can see if there are any rains approaching your current location (the red dot). Tapping it takes you to the main screen with the radar imagery from two sources synchronously animated. Double-tap an animation to enter full-screen where you can zoom while the animation still runs. By using the seek bar you can seek to and hold any animation frame.

Above every image/animation is an indication of its age so you don\’t waste your time analyzing stale images.

You can adjust the animation rate and the pause before repeating. Faster animation gives you a better sense of rain\’s movement so you can extrapolate into the future. Slower animation is better for precise analysis.

The app displays the animations published by the Croatian Meteorological and Hydrological Service and the Slovenian Environment Agency. These are the best sources, “from the horse’s mouth”, for this region.

The radar images, as published by their hosting agencies, contain their creation time, but in UTC so usually you have to translate that to your timezone. The app reads these times using OCR and does the translation for you, so above each image you can see its age and timestamp.

The app is very conservative in its internet traffic usage and will never fetch the same image twice, even when it asks for it from the server, because it tells the server which image it already has so the server will only send an image if it has a newer one. 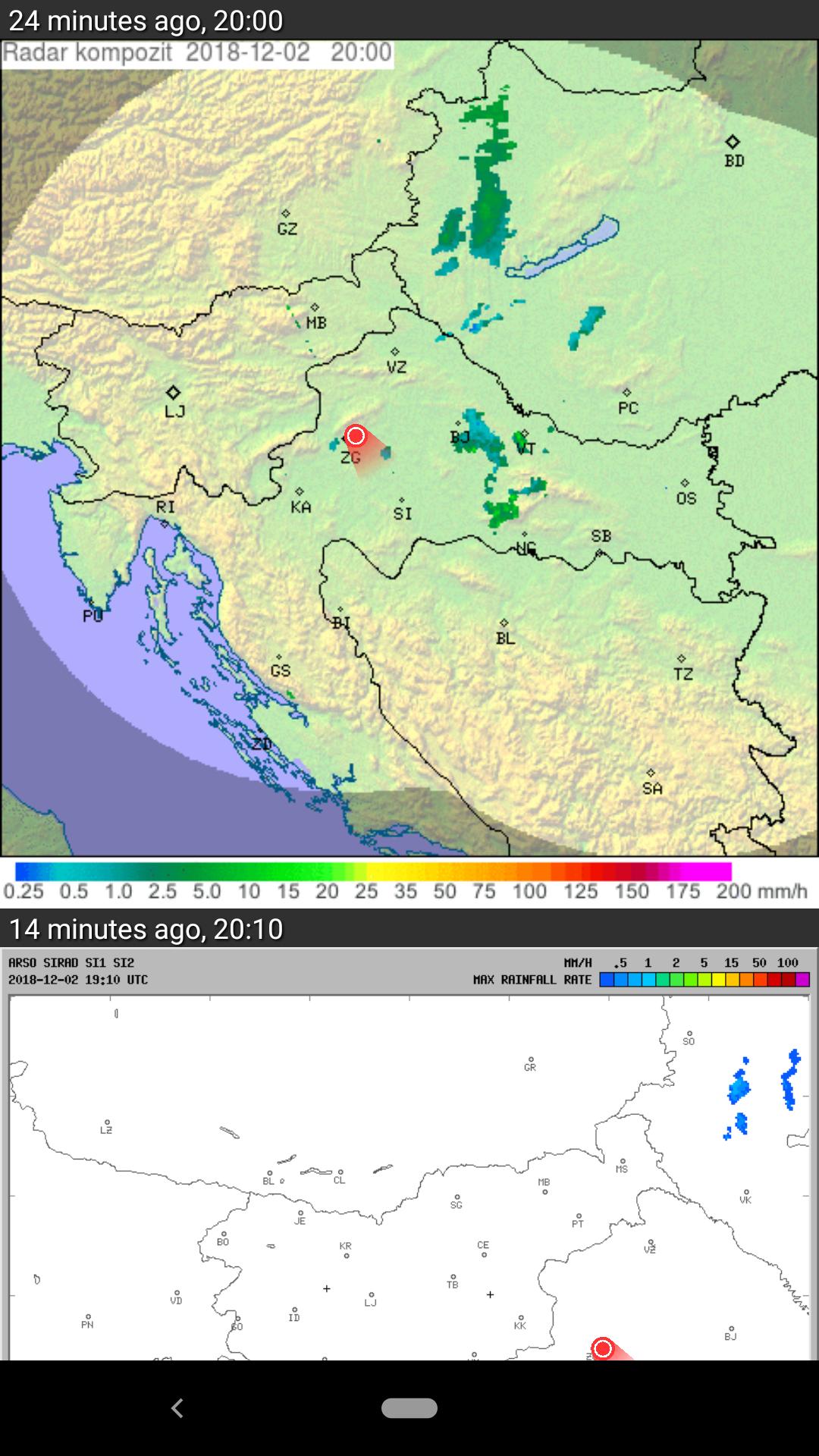 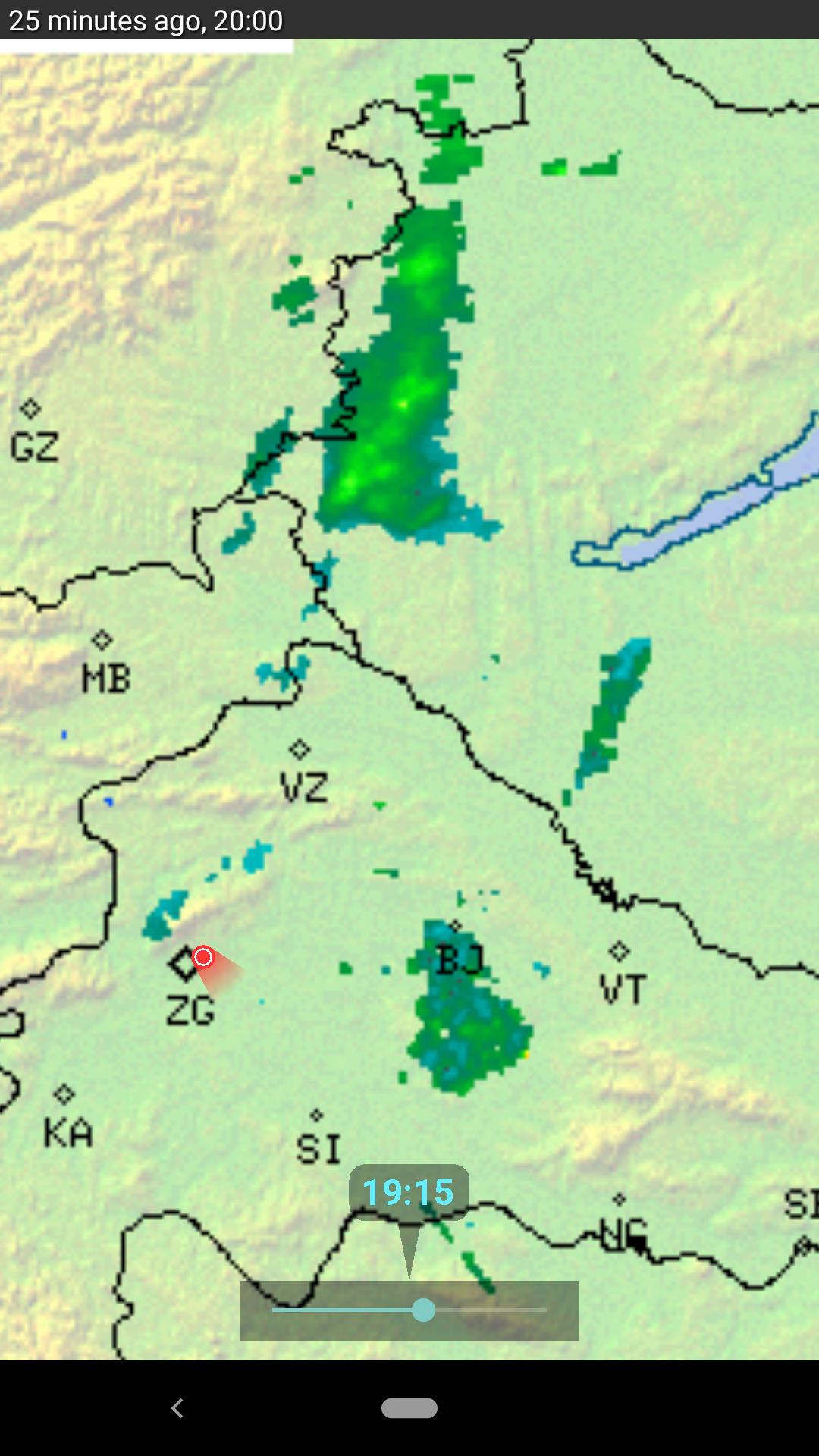 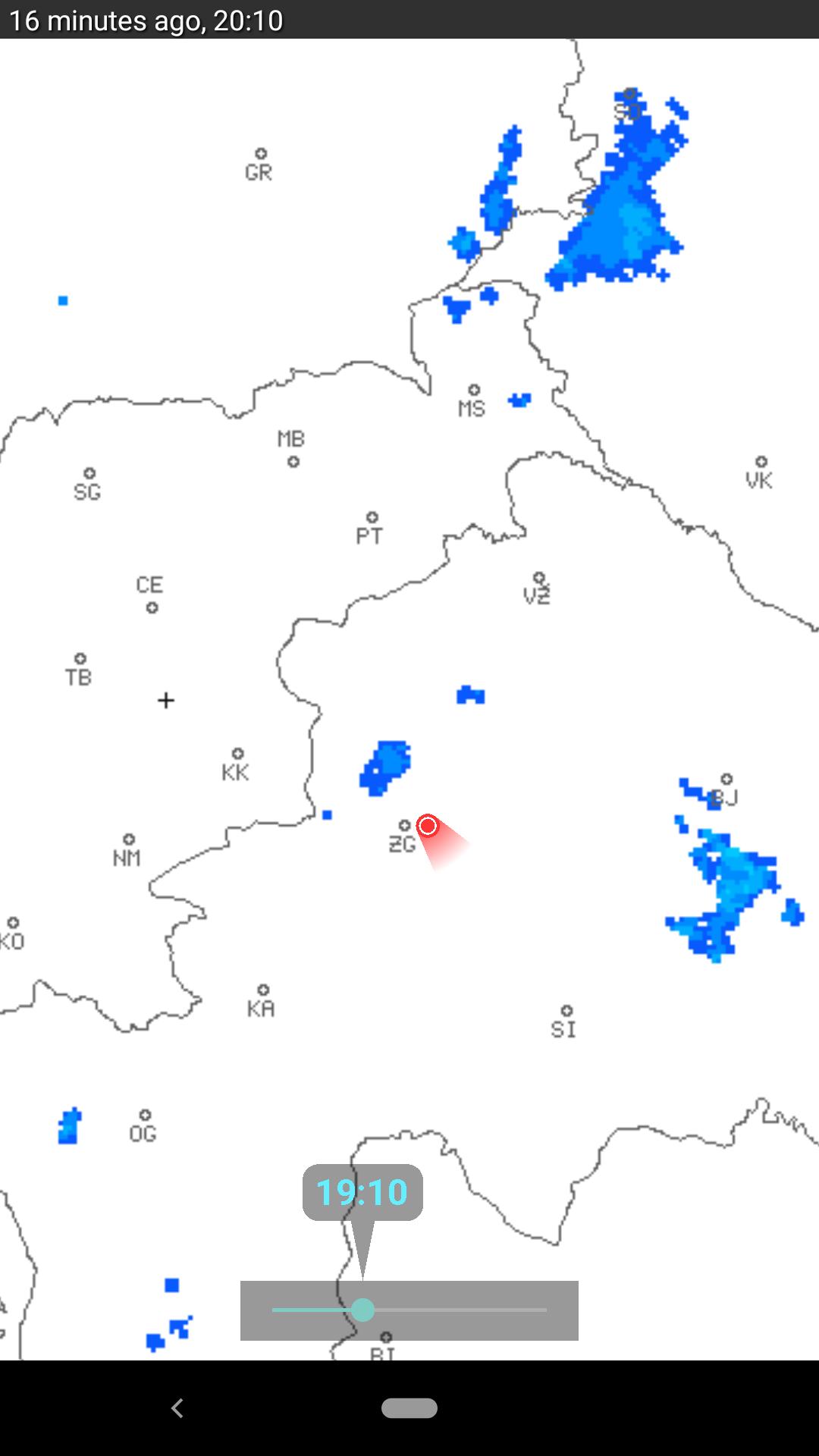 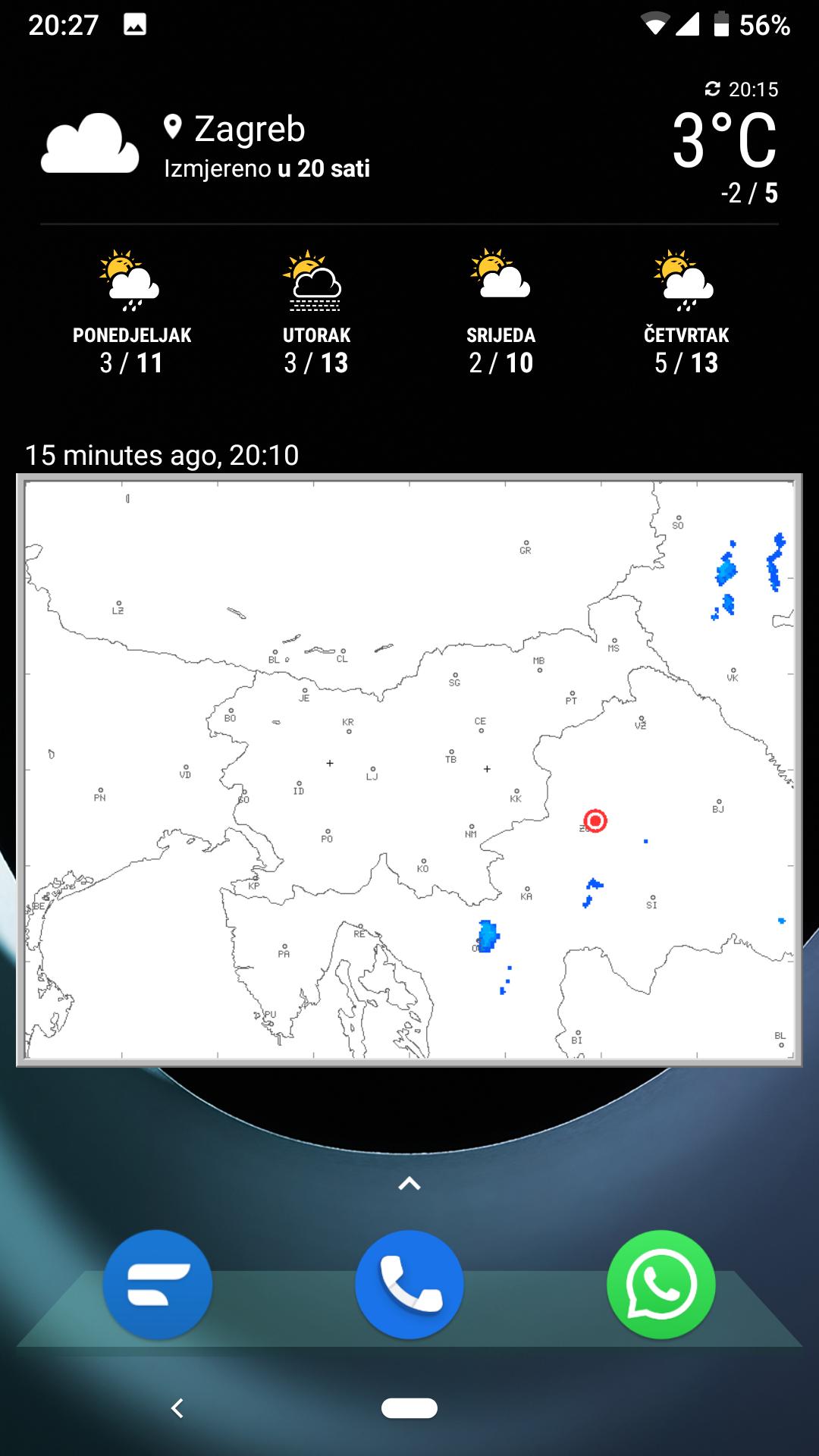 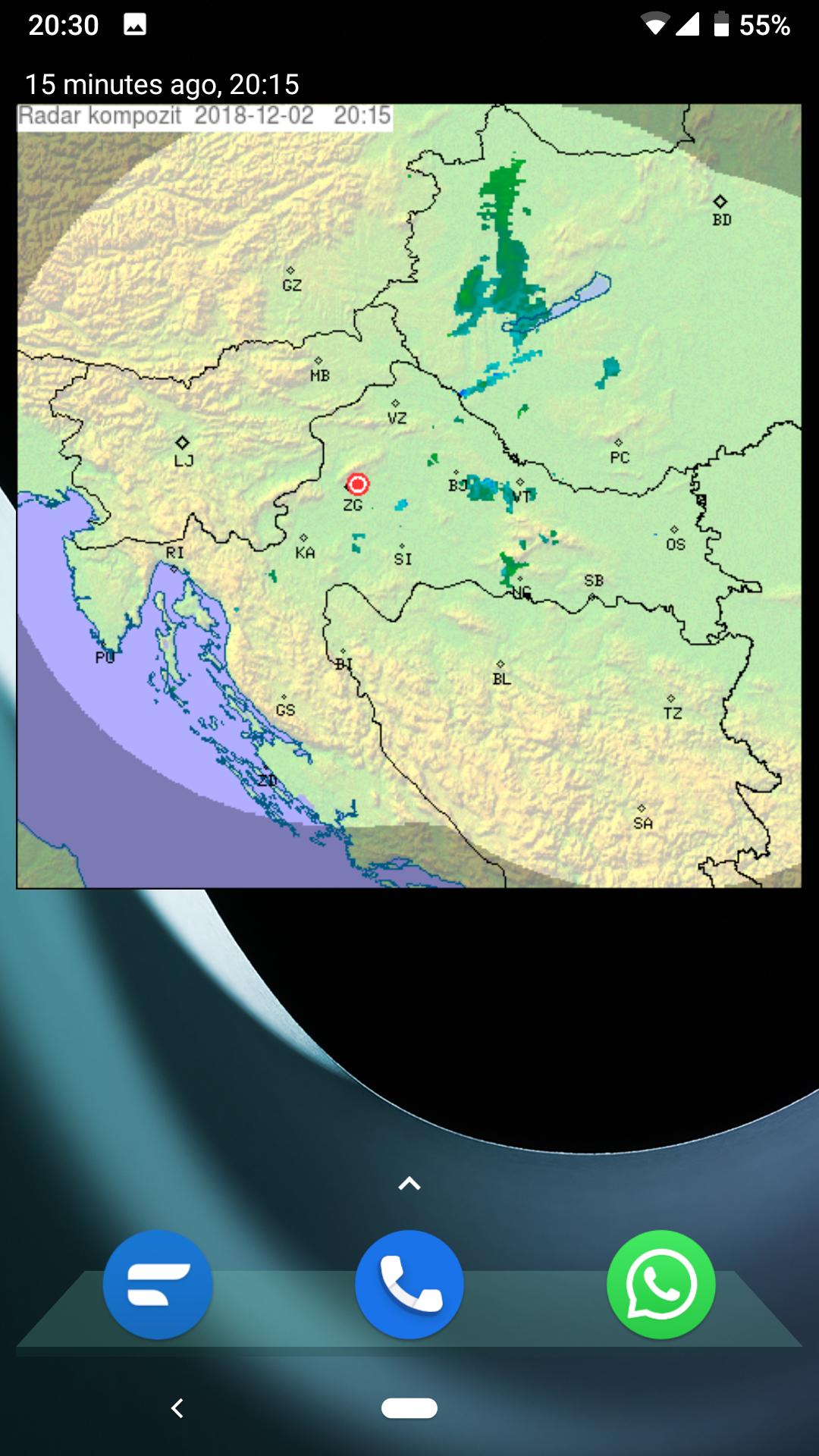